A friend of mine asked me hours ago, “If Quran is complete, why then there is no life guidance similar to those popular seven habits written three decades ago?”

I answer, “Firstly, those habits were only creation of that great man. Other writers could make it five, nine, add things, change others. Those are not the scripture which cannot be changed. Even the author himself add the 8th habit. Writers after him also make another version of these beneficial habits.

Secondly, the seven habits really exist in Quran and it teaches us more than these seven habits. It is impossible that Allah who is the Merciful and who knows everything best then does not guide us to such useful manners. In fact, there are several verses signify these habits and command us to do so as follows. 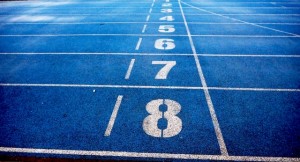 Highly effective people make improve their lives through the things that they can influence rather than being reactive to external forces. Change in this world starts from within. Allah said: Indeed, Allah will not change the condition of a people until they change what is in themselves. [Quran 13:11]

2nd habit: Begin with the end in mind

Begin everything you do with a clear picture of your ultimate goal. Allah frequently reminds us about the Hereafter to always remember that everything we do should be oriented towards it. He said: O you who have believed, fear Allah. And let every soul look to what it has put forth for tomorrow. (Quran 59:18).

We will be asked about our priority list. Choosing to do something before another wrongly could bring us to Hellfire like people who were late to embrace Islam or perform noble deeds until they passed away. Allah said: Everyone will then know what he has put forth and kept back. [Quran 82:5]
4th habit: Think win-win

Be considerate of the feelings of others. Do not always look for our happiness if it makes people suffer. Even when people do awful acts upon us, we should respond them with pious deeds to make all of us gain positive results then we become friends rather than enemies. Allah said: Repel evil by that deed which is better; and thereupon the one whom between you and him is enmity will become as though he was a devoted friend. [Quran 41:34]
5th habit: Seek first to understand, then to be understood

In Islam, you are prohibited to cut others’ talk before they have finished it. You also must listen well to what Allah and the Prophet said firstly then try to understand and learn it, after that you should obey, then Allah will give you His mercy. Allah said: And if they had said, “We hear and obey” and “Wait for us to understand,” it would have been better for them and more suitable. [Quran 4:46]

Through mutual trust and understanding, one often can solve conflicts and find a better solution that would have been obtained through either person’s own solution. Allah urges this point several times in Quran. For instance, He said: And cooperate in righteousness and piety, but do not cooperate in sin and aggression.[Quran 5:2]

In Quran Allah never commands us to request the addition of anything except daily additional knowledge or skill. Muslims should endlessly develop their quality. Allah said: and say, “My Lord, increase me in knowledge.” [Quran 20:114]

May Allah help us to be those highly effective people. Allah knows best.